I thought I would do a little profiling on some of my characters from The Dragon’s Song Series. Many of my characters are leaders at various points of time so here is a little about each of their leadership styles. I’ve also included likeness pictures of each character, which were sourced from Pinterest.

Rowan seeks submission from his followers by intimidating them. While he dislikes the way they tend to worship him, he allows it as he finds it easier to sway them to do what he wants (unless he’s in their heads, forcing them to do his bidding anyway).

If looks could kill… Rowan has only cemented his position as a ruler that only a fool would reckon with by effortlessly maintaining the aura of being aloof. He commands respect out of fear of what he could do, without needing to take any action at all.

Oddly enough, his follows responded well to him. Despite his reluctance to engage with any of them, they actively seek his favour and speak well of him as a leader. He is frightening, but fair. He maintained peace in the realm for a thousand years. 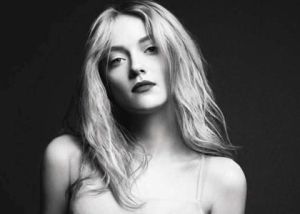 Cori took the reins of the realm at a time of great unrest. She was dogged by enemies who sought to undermine her rule and take the realm for themselves. She fought back with brute strength and killed all who opposed her in a horrifying manner, earning herself a bloody and fearsome reputation.

Cori doesn’t take advice well and prefers to eliminate competition by removing limbs rather than succumbing to diplomacy. She vehemently hates being an authority and only remained at the helm for so long due to some twisted sense of loyalty to the former Karalis.

Though she is cursed and feared in equal measure, she also has a following among the common folk whom she protects by eliminating any who seek to gain authority over them.

Once Orin took his father’s place as Head of State, he fell quickly into a strategist role. With so many border skirmishes happening across Tauta, and Cori being in the thick of most of them, Orin had to keep one step ahead of the game to anticipate both the needs of the realm and the enemy’s next move.

When dragged into war, he is brutal and unforgiving, but to his own people he is fair and protective. They are loyal to him without question and Resso flourished under his guidance.

Orin relies heavily on his Advisors when planning his strategies. He valued the input of those with more experience than he and is able to make sound judgements based on this. 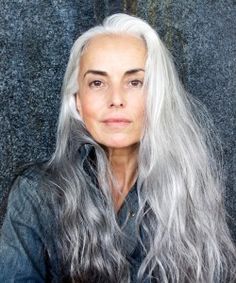 Constrained by her own people’s ideals and lack of authoritative figures, Jarrah has always been careful in how she sways those around her to her cause.

The oldest Dijem elder remaining after the Last Fight, Jarrah was quietly pleased when the younger of her people began turning to her for guidance. She is able to take advantage of their trust in her to suit her own purposes.

In saying this, Jarrah is not an evil person. She genuinely wants to better the lives of the Dijem in her House, and any others who will accept her help. She is fiercely protective of her own and will let nothing stand in her way of discovering the true nature of those who seek to hide from her.

Adro thrives on bureaucracy and trade agreements. He is very inclusive of anyone who wants to be involved and maintains a flat hierarchical structure within his team. He prefers to solve disagreements with words rather than weapons (though he is partial to a good pub brawl on his rare nights off) and has managed to sign more trade alliances with other nations than any other ruler of Tauta.

Though he is more than capable of running things on his own, he allows for regular public feedback on any projects that he plans to implement and respects the decisions of those he’s asked when they veto his ideas.

His followers have a healthy respect for him, though they are known to speak outside their station, as allowed by Adro. He’s known to work too much and neglects other aspects such as family and health.

Philosopher turned action taker, Cadmus had a clear idea of how the realm should run, particularly with him at its head. His methods of control leave some things to be desired and he puts much space between himself and any unorthadox actions that are carried out on his behalf.

He wants to make Tauta great again, with Dijem in a position of power and influence. He believes that those who live the longest can better teach those who don’t. Tauta is merely a stepping stone and eventually he intends to have the whole world under his authority.

2 thoughts on “Character Profiling: The Leaders”